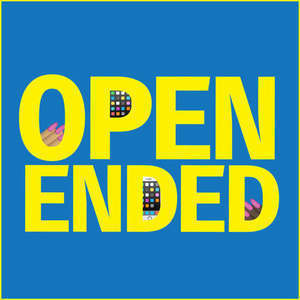 After James takes a few days away from the web, Cher has to fill him in on all the celeb antics he missed, including Taylor Swift, Kanye West, and the elephant in the room, Pokemon Go!

We were sponsored this week by:

Second City: Love comedy and filmmaking? The Harold Ramis Film School’s year-long program at The Second City is for you! Visit RamisFilmSchool.com for more info.

References made during our conversation:

Another podcast on the Postloudness network that Cher recommends is Gossip Girls. Where feminism and pop culture collide with a recap of every episode of the CW television show, Gossip Girl. Hosted by Subi Shah and Cher Vincent.

Catch Cher and James for a live recording of Open Ended on Wednesday, August 17th. All the details can he found here.

James: This is Water by David Foster Wallace.

Cher: Black excellence via rabbit catching. About the the romance between a Florida security guard and his pet rabbit.

Give us a hand with a one-time donation at openended.fm/donate, and becoming a member starting at $1 a month, at patreon.com/openended.

Head over to ask.fm/openended to receive our excellent advice through our 'Open Up' segment of through #AskOpenEnded on Twitter!

Rate us on iTunes!

Recommend us on Overcast!

The Chicago Podcast Cooperative. We recommend you have a listen to Dynasty Podcast. If you havn't heard of it, Dynasty Podcasts launched in 2005 as the first ever and longest-running music podcast in the City of Chicago's history. Hosted by Chicago journalist and college educator Jaime Black.

If you have any recommendations for show topics, contact us!

Script written by Cher and James.

This has been a production of Postloudness, a collective of independent audio shows by people of color, women, and queer-identified hosts. Learn more at postloudness.com.