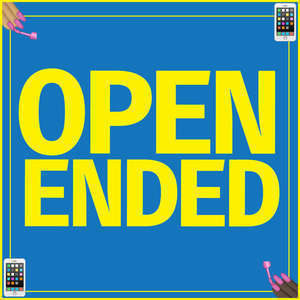 In this B-side, Cher and James discussing the ramifications of 2016 Grammy winners, and how black media must carve their own path for recognition.

We were sponsored this week by: Cards Against Humanity : They asked us not to read an ad, but encouraged you to enjoy the show!

Topics covered during our conversation:

Kendrick Lamar's To Pimp a Butterfly, a masterwork in the highest order

Beck's Morning Phrase, winner of Album of the Year 2015

BET Awards, another award show for the black media community

Hamilton, a Broadway musical on the life of Alexander Hamilton, the dude on the $10 bill)

Our Patreon supporters: Caty, Amy, Kathy, Stewart, Classy, Jennifer, Joelle, Will, "Michael", and Revision Path podcast. If you have any recommendations for show topics, contact us!

Script written by Cher and James.

Check out our other shows, Gossip Girls and Refresh